Skip to content
Home » Variation Swatches for WooCommerce by GetWooPlugins

Do you want to improve user-friendliness on your WooCommerce shop? Variation Swatches for WooCommerce is the right plugin for you. The plugin allows you to display your variation products in a better way.  Instead of using product dropdowns, shoppers can sort out sizes, colors, or other attributes while purchasing a product.

Moreover, variation swatches reduce customers’ time and effort in finding the right products. Thus, you can increase your chance of sales. It cannot be easy to choose from with so many WooCommerce variations plugins available on the market.

Your shoppers are more likely to convert if they see a visual representation of what they buy.

A great way to make your store look user-friendly is adding variation swatches on your eCommerce shop. It is helpful in grabbing your visitors’ attention and lets you stand out from the competition.

It’s easier for customers to choose from many variations as it may create confusion. However, adding swatches features on your WooCommerce site helps variations stand out on the product page.

It takes to know the available options from the product dropdown list, as it takes time and effort. But variation swatches make it much easier for your customers.

If you can find the best WooCommerce variation swatches plugins, you’ll be benefited from both sides. Not only can you enhance the customer experience, but you also can boost your sales.

You know the benefits already; now it’s time to discuss the best variation swatches plugin for your eCommerce store.

Based on its active installations, the total number of ratings, and the features this plugin offers, it’s considered the top variation swatches plugin.  The plugin has all the features you want for your variation products. On the WordPress plugin directory, you’ll get a free version of this Variation Swatch plugin.

The more useful the user experience you offer your shoppers, the more likely they will stay on your site. With the Woo Swatches plugin, it’s easy to showcase your product variations. It lets you easily grab the attention of your site visitors and convert them into your customers.

Furthermore, the plugin supports most of the popular WooCommerce themes in the market, including Divi, OceanWP, Flatsome, and many more.

Key Features of the Variation Swatches for WooCommerce

The free version of this plugin has many features that benefit your WooCommerce shop. On the other hand, the pro version of Woo Swatches does a lot more to increase your sales.

Some of the features that are included –

With WooCommerce Variation Swatches plugin, you can add different types of product variation swatches, including –

You may sell a product that is available in different colors. For example, you are selling a hoodie in three different colors (red, green, and blue). You can show color swatches to let your customers choose from the available variants.

For example, let’s say you sell watches with different brands. So rather than displaying the drop-down selections, you may display products with image swatches.

Certain factors (such as length or size) are difficult to showcase visually. For example, if you are selling shoes with sizes (such as L for large, M for medium, and S for small), then you have no way to show the actual sizes visually.

In that case, you can make it attractive by showing the variants using the button variation swatch.

Radio variations are more customer-friendly than the product select dropdown. The feature helps you to have a better UX in your WooCommerce store. Moreover, the radio variations allow the user to scan all available options and choose one.

Other features of the WooCommerce Variation Swatches

The plugin has all the swatches features you need for your WooCommerce store. Moreover, it is frequently updated with new features. Some useful features are:

Rounded and Square Shape For Variation

It’s easier for you to grab the attention of shoppers by using rounded attribute swatches. On the other hand, sometimes, you need to show more than one color or add image swatches exclusively. In that scenario, using a squared shape is the best practice instead of a round shape.

You need to avoid user frustration by not letting them pick unavailable products or variations. With the help of this Swatch plugin, you can not only hide but also make out-of-stock products blur with or without the cross sign.

Show Swatches on the Shop Page

To convince visitors to the shop page, you need to attract your visitors. Displaying swatches on the shop page improves the standard of attributes and variations. It is one of the best premium features of this WooCommerce Variation Swatches plugin.

When you want to send any specific link for variation products, this feature of highlighting attributes is helpful. Your shoppers may ask you to send them a direct link to a particular product. It will help not only help them make a quick purchase, but at the same time, it’ll save them valuable time.

If you are selling variable products on your WooCommerce store, the Variation Swatches plugin is a must-have plugin for your WooCommerce site. Adding product variation swatches to your store is a great way to enhance the shopping experience.

There’s no doubt that the product select dropdown for variable products is no longer preferred. So, the best way to offer this is by using variation swatches.

Seda
Seda is one of the professional content writers in WPGLOB. She knows four languages: Armenian, English, Russian and Spanish. Due to her solid background knowledge and analytical skills, she provides website users with high-quality and up-to-date content.

Latest posts by Seda (see all) 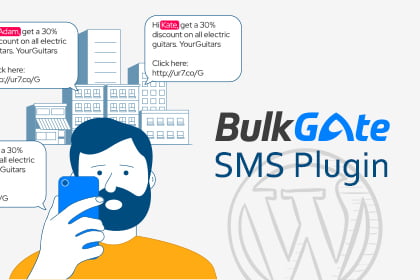 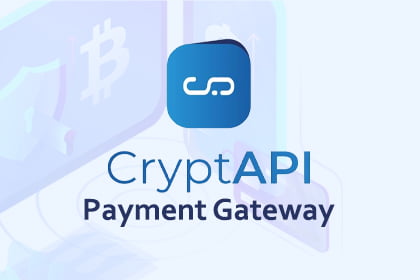 that nobody else knows about. Get the privilege and save a lot. Sign up for more!